Bluetooth headsets have been around for over a decade, yet many are still reluctant to use them. It may have something to do with not wanting to look like an extra in a sci-fi movie, but there’s also the recurring question: Are Bluetooth headsets safe?

It’s kind of in our nature to worry about new technologies and whether they’re going to doom us all in some unforeseen way. People love a good dystopian tale. Bluetooth headsets…well, let’s just say they don’t make the best candidates for such a tale. If anything, they may actually reduce some of the risks associated with other tech. How so?

To answer that, let’s look at two things people tend to worry about:

Are Bluetooth headsets safe for your health?

People worry that wearing a radio-transmitting gadget on their head is going to cause some health issues. Let’s face it: Despite what comic books may have us believe, radiation rarely gives you superpowers. It’s generally something we want to stay away from.

But is radiation from Bluetooth headsets something to be worried about? The short answer is no – if you ask the scientists who study it. To understand why, let’s talk briefly about cell phone radiation studies first.

Radiation from cell phones and smartphones

Cell phone radiation has been extensively studied. Scientists wanted to evaluate the potential health risks, especially when it came to cancer. What did they find?

American Cancer Society offers a thorough overview of all the studies to date. The basic consensus is that current research does not point to any obvious link to health issues from cell phone use. To quote a few expert agencies mentioned in the article:

“At this time we do not have the science to link health problems to cell phone use. Scientific studies are underway to determine whether cell phone use may cause health effects.”

– Center for Disease Control and Prevention

“There is no scientific evidence that proves that wireless phone usage can lead to cancer or a variety of other problems, including headaches, dizziness or memory loss.”

Nevertheless, more research is ongoing and people are encouraged to exercise caution and limit their exposure, especially when giving cell phones to children.

What does all of this mean for Bluetooth headsets? Well…

Unlike cell phones, which have to transmit a signal to an antenna that might be many kilometers away, Bluetooth headsets only need to reach the phone in your pocket. Most Bluetooth headsets have a range of only 10 meters (30 feet). This also means that they emit far less radiation than cell phones themselves. How much less? One thousand times less.

That’s why most authorities explicitly advise using hands-free devices including Bluetooth headsets if you’re worried about radiation exposure from cell phones. For instance:

“To reduce radio frequency radiation near your body: Get a hands-free headset that connects directly to your phone.”

– Center for Disease Control and Prevention

“Headsets can substantially reduce exposure since the phone is held away from the head in the user’s hand or in approved body-worn accessories.”

“Use the speaker mode on the phone or a hands-free device such as a corded or cordless earpiece. This moves the antenna away from your head, which decreases the amount of RF waves that reach the head.”

In a nutshell, if you’re going to be talking on a cell phone no matter what, using a Bluetooth headset will help you reduce exposure to radiation.

Are Bluetooth headsets safe for driving?

It should go without saying that staring at your cell phone while driving a car is not the smartest idea in the world. You must keep your eyes on the road, not on that cute new emoji your friend texted you. That’s why most countries, including US, Canada, and UK have strict laws that ban texting while driving.

But distracted driving regulations are about more than just texting. Holding a cell phone while driving distracts you in at least three ways:

Bluetooth headsets can help you avoid the first two distractions. This is why distracted driving laws usually require you to use a hands-free device if you’re making calls in the car. Importantly, some places forbid all cell phone use in the car (even with hands-free devices) for certain categories of drivers. Keep yourself updated.

The safest thing to do is to limit your calls while driving altogether. But once again, if you must make a call from your car, a Bluetooth headset or an in-car speakerphone at least helps you keep your hands on the wheel and your eyes on the road.

Let’s revisit the main question of the post – are Bluetooth headsets safe? Yes, and they’re certainly safer than cell phones alone. Whether you’re worried about health risks from radiation or distracted driving, Bluetooth headsets serve to reduce those risks. Although that should not prevent you from exercising common sense when on the road. 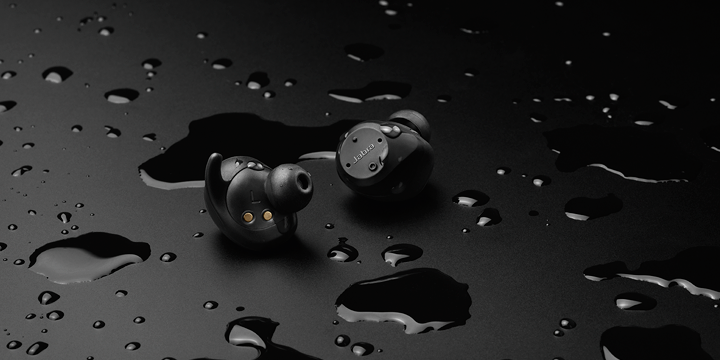 Waterproof or water resistant?
What’s behind an IP rating?